Beyond Food and Biosecurity: D7 and Disaster Recovery

Many FSQA managers are adopting D7 sanitizer for food safety applications, such as daily sanitation and biofilm removal in food processing environments. However, this isn’t the only industry that can benefit from the science behind this innovative chemical solution. In the aftermath of natural disasters, bacteria and other pathogens increase the risk of infection and disease.

Whether because of standing water, power outages, or the inability to maintain good personal hygiene in the absence of running water, pathogens often thrive in a post-disaster environment. 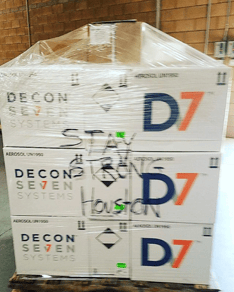 Hurricanes are devastating in a number of ways, both during and after the event. In the case of 2017’s Hurricane Harvey, the flooding that resulted from 50+ inches of rain also spread partially treated sewage from local wastewater plants. In the aftermath, researchers found E. coli, Salmonella enterica, Clostridium perfringens, and other pathogens. Testing in water both inside and outside of homes showed that bacteria levels were higher inside homes with standing water.

Asylum seekers living in limbo are often faced with challenging living conditions and the related increased risk of exposure to pathogens. AP News recently reported about a camp just across the border in Texas where unsanitary conditions and limited access to safe drinking water are the daily norm. With limited access to resources, migrants gravitate to the Rio Grande river, which is contaminated with E. coli, among other bacteria, as a food source and a place to wash clothing.

Illness at the Superdome 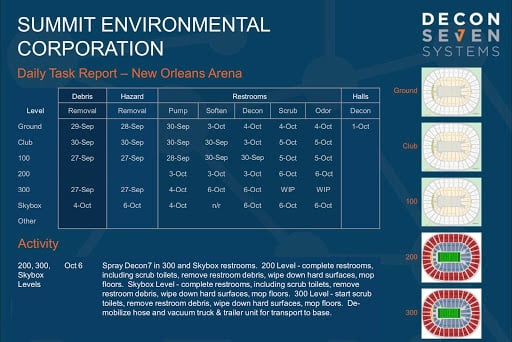 The aftermath of Hurricane Katrina is a well-documented public health emergency. The combination of standing floodwater, extreme heat, poor sanitary conditions, and a limited amount of potable water created an environment for bacteria to grow and spread. With an estimated 30,000 people taking shelter in the Superdome, it’s not surprising that illness quickly became an issue. Testing of the floodwaters showed extremely high levels of E. coli and fecal coliform bacteria, putting people in the Superdome and at other locations in New Orleans at risk of pathogen-related disease, and many hundreds of people suffered some type of gastrointestinal illness. 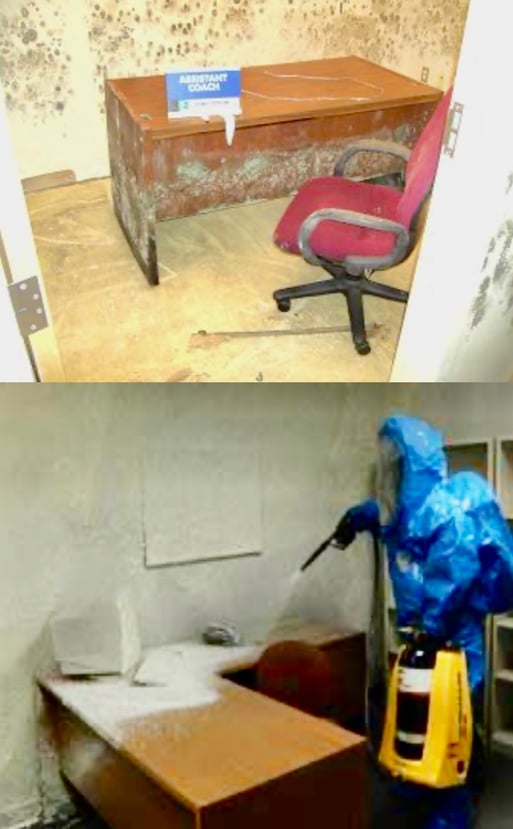 Why Sanitation Is Important

Although it’s not possible to prevent natural disasters and other events that cause large groups of people to gather under conditions that are less than ideal, it is possible to be prepared. Aid groups that provide potable water, fresh food, medical supplies, and personal hygiene stations are just one piece of the puzzle. The environments where people live in the aftermath of a disaster have a significant effect on their health and wellness. Exposure to harmful bacteria can cause illness that spreads among others and puts vulnerable populations at risk.

How D7 Can Be Used After Disasters

Because D7 is effective against a broad range of bacteria, it is an excellent sanitizer for disaster recovery scenarios. It can be used to sanitize large spaces before occupants fill them; and in ongoing situations, such as refugee camps, spaces can be cleaned on a rotating basis. When used daily to sanitize surfaces, especially in food prep and personal hygiene areas, it can help keep harmful bacteria at bay.

D7 can be applied as a foam, spray, soak, or fog, so the right method can be chosen depending on the situation at hand. In addition to sanitizing spaces, D7 can be used to decontaminate household items that people have brought into disaster recovery centers, to help prevent the spread of bacteria.

Although food safety is one of the ways D7 can be applied to kill bacteria, there are other situations in which pathogens pose a threat. In almost any scenario in which there is a risk of elevated bacteria levels, there is likely a way D7 can be applied. The Busy FSQA Manager’s Guide to Proactive Plant Sanitation is a free resource you can read to learn more about best practices for maintaining a sanitary environment.