Are You Following These Essential Fire Service Decontamination Procedures? 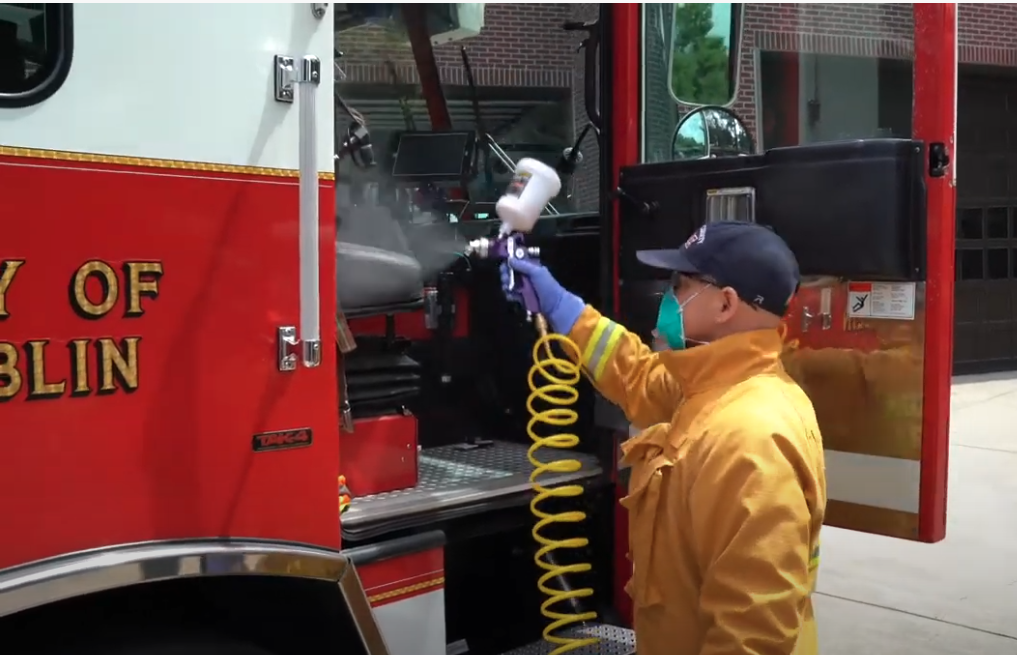 The carcinogens that firefighters are exposed to present a serious health risk. A NIOSH study found that firefighters had a higher number of cancer diagnoses and related deaths. Because of this, researchers have recommended training and use of protective equipment during all stages of a fire to help reduce the health risks.

In addition to exposure at the fireground, any contaminated equipment that is transferred back to the station is also a potential source of exposure. Fortunately, there are steps teams can take to reduce this type of exposure and protect the long-term health of firefighters. Follow these essential fire service decontamination procedures to reduce risk.

Decontaminate at the Fireground

After a fire has been contained, equipment and gear should be decontaminated at the fireground to reduce cross-contamination. Decontaminating as quickly as possible—ideally immediately after the fire has been contained and the scene has been secured—also reduces exposure time. Although it might not be possible to completely avoid interaction with the harmful carcinogens created during a fire, quick decontamination will limit exposure time. At a minimum, rinse gear with water to remove gross contamination. Ideally, use a product that neutralizes the chemicals to further limit exposure.

When transferring used gear and equipment back to the station, isolate it as much as possible. Designate areas in vehicles for transporting contaminated equipment and gear, and don’t store or transport any other items in those areas. At the station, don’t allow any gear to come into living and dining areas. Pay special attention to footwear because it’s easy to transfer contaminants between areas this way. Require all team members to remove boots before entering common areas. 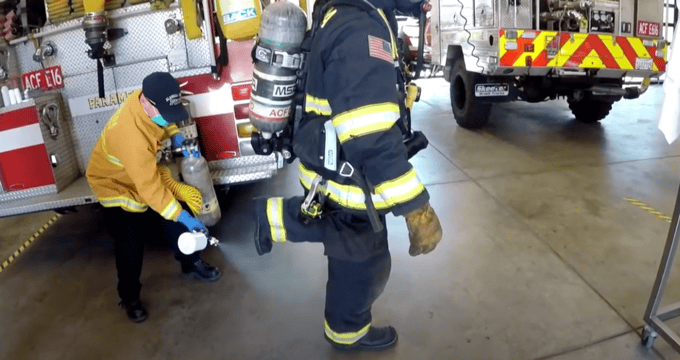 Use a color-coding system to indicate what gear is clean and ready to use and what equipment needs to be decontaminated. Create a system for ensuring that all contaminated equipment gets treated in a timely manner. The longer that contaminated gear remains untreated, the higher the risk of cross-contamination. Launder all clothing that was worn under equipment and any washable gear as soon as possible after use. Use a log book to record who did the work, when it was done, and what gear was treated.

D7 foam can be sprayed at the fireground to neutralize the harmful chemicals present on turnout gear and equipment. Unlike spraying with water or scrubbing, the clinging foam works without mechanical action and doesn’t cause damage to the materials or shorten their lifespans.

D7 spray or foam can also be used to clean storage areas at the station and in vehicles to reduce the risk of cross-contamination. Vehicle cabs and other areas that have come into contact with used gear can be decontaminated between use. If boots or other articles are worn into common areas, D7 can be used on most materials to remove any potential contamination. D7 is so versatile, it can also be used for laundering clothing and washable equipment at the station.

To learn more about why it’s so important to decontaminate firefighter gear and how D7 can help, download our free e-book, The D7 Guide to Firefighter Turnout Gear Decontamination, today.